From Childhood, by Millicent Sowerby

THERE’S A LOT OF PRAYER THEORY going around—what works, what doesn’t, when and how to pray, what to do when God’s ignoring you, and is it okay to ask God for parking-spot-location assistance…. The late Norman Vincent Peale (1898-1993), author of The Power of Positive Thinking, recommended praying and immediately acting as if God has already answered your prayer.* On the same principle, Michael Bernard Beckwith teaches affirmative prayer, explaining that “the very nature of the universe is affirmative, for life continues to affirm itself throughout eternity” (Daily Word, February 2008).

In his 1997 book Prayer Is Good Medicine: How to Reap the Healing Benefits of Prayer, Larry Dossey cites prayer research, including an experiment in which prayed-for soybeans grew faster than ordinary soybeans, those unassisted by prayer. My friend Amelie theorized that the fast-growers benefited from “prayer energy.” I don’t doubt it for a minute. Makes more sense than Amelie’s alternative explanation, which went sort of like this:

The soybean-growth petitioners talked God into using God’s superpowers for the soybeans’ benefit. God was unacquainted with or was ignoring this little bean patch till the legume-loving prayer squad came along, tapping God on the supernatural shoulder and saying “Yo! God! Over here! No, not there; HERE! Can you let the parking-place-deprived fend for themselves, just for a few seconds (measured in Earth Time) and give these soybeans a hand?”

IT’S UNLIKELY, IN MY VIEW, that God (a) is asleep at the wheel, (b) is unaware of fragile soybeans or ailing human beings, (c) needs a briefing from me on any topic whatsoever, or (d) decides how to act based on my recommendations or pleas. Still, something happens in prayer… something that’s literally incomprehensible. I’m willing to let it be a mystery, like crop circles and teenagers.

My prayers have no method or strategy. I present myself to God as I am, without an outline and often without a purpose beyond showing up—although complaining is a common theme. Sometimes praying just seems like the thing to do. Seldom (if ever) is it the wrong thing to do. So I had other plans. So I’m late to the dentist. Since I put God in charge of Scheduling, I don’t worry much about tardiness.

If you’re depressed, angry, or undergoing oral surgery, it can be hard to pray on your own. Always delighted to help out, I am compiling and recording many of the prayers in this blog. After I add some introductory music and slides of “nature”—sunrises and wildflowers, I’m thinking, rather than buzzards feasting on roadkill—I’ll post them on YouTube under the title Sweet Hour of Prayer. When that happens, you’ll be the first to know. ♥ 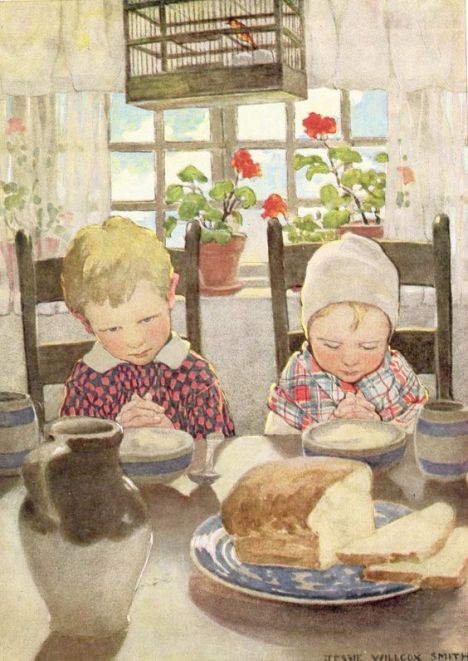 * Guideposts magazine, founded by Dr. Peale and his wife, Ruth Stafford Peale, in 1945, conducts a prayer ministry I participate in, writing three or four prayers a day in answer to online requests. Click HERE to request prayer or pray for others any time. The Unity Church offers a similar service, Silent Unity. If you know of other such resources, please let us know via the comment section of this blog.