Every day, in every way, I am getting better and better. —Emile Coué

The Day after Christmas

Yesterday, on Christmas, after exchanging gifts and feasting on turkey and stuffing and mashed potatoes and gravy and homemade pie and an obscene amount of other food containing approximately 35,000 carbohydrate grams per cubic inch, Sister Alma Rose and I went to visit her friend Polly Ellen, who lives alone and whose parents and brothers and sisters live in some place like Latvia or else Lapland, though Polly Ellen was born and raised in Hilltop, and I don’t know why her family lives in Latvia or Lapland. Another thing I don’t understand is why she is called Polly Ellen, because her real name is Hilda, but I have known her all my life and she has always been Polly Ellen. 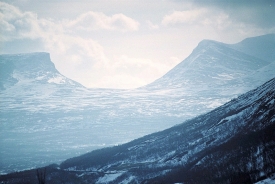 Polly Ellen is as whimsical as her name. She doesn’t just walk; she pirouettes. She writes books, mostly silly children’s books with silly rhymes and silly made-up animals like hippiguanas. Sister Alma Rose says that Polly Ellen makes lots of money writing her books, but she is forever losing the checks from the publisher, which you would understand if you were to see her house, which used to be a chicken house, but now it is a cozy cottage with lots of windows and chintz and Battenburg lace, and it is very, very tidy, by which I mean there are tidy piles of paper everywhere and Polly Ellen has no idea what’s in them. Sometimes she finds a clump of checks, and then she cashes them and goes to Nicaragua or Morocco. 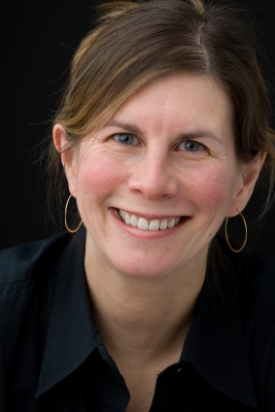 Just above the mirror in Polly Ellen’s gleaming white bathroom is a beautifully lettered and illustrated maxim, in an antique oval frame made out of oak, which says,

Every day, in every way, I am getting goofier and goofier

When Sister Alma Rose and Polly Ellen are talking about something uninteresting (last time it was The Economy, which, Polly Ellen says, is nothing but an Attitude and she doesn’t know what all the fuss is about), I amuse myself by looking through her collection of published books. She has written a series of “What-If Books,” which all start with questions such as, “What if our ears were on our feet instead of on our heads?” and, “What if people grew on vines, like grapes in summertime?” 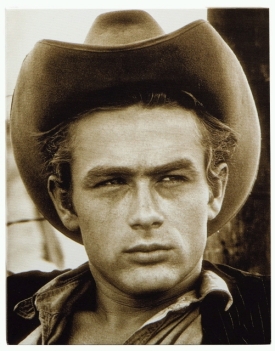 So I think it’s safe to say that Polly Ellen is eccentric and that goofiness is essential to her profession, though she looks and acts perfectly normal most of the time, and she is actually rather pretty for someone her age, which is not-quite-50 and has been for several years. She has a boyfriend called Lyle who fixes cars. Actually, Sister Alma Rose says, Lyle is “a magician with cars.” Lyle works out and has impressive biceps, and he actually keeps a pack of Camel cigarettes in the rolled-up sleeve of his white T-shirt. Sister Alma Rose says, jokingly, that Lyle must have been James Dean in another life, and I have to look up “James Dean,” and I learn that he was terminally Hip back in the 1950s, before he was killed in 1955 in a two-car collision, and the driver of the other car, I am absolutely not making this up, was named Donald Turnupseed.

Here is the thing about Polly Ellen: She always tells the truth, and sometimes it would be better if she didn’t, such as the afternoon at the Houghtons’ Annual Christmas Open House a few years ago, when Mr. Houghton had just started wearing a toupée and you could tell he was a little self-conscious about it, and Polly Ellen, after a few glasses of eggnog, went over to Mr. Houghton and yanked the toupée RIGHT OFF HIS HEAD and threw it in the trash compacter. “James,” she said to Mr. Houghton, “you look better bald,” which was perfectly true, but you could feel the level of Christmas Cheer sinking to subzero, and Polly Ellen has not been invited back to the Houghtons’.

Anyway, when she opened the door to greet us yesterday, Polly Ellen was positively aglow. I had feared that she might be a little down, because Lyle went to spend Christmas with his brother’s family in Jamaica, and Sister Alma Rose had invited Polly Ellen for Christmas dinner, but Polly Ellen had declined, saying that she still had a few Christmas presents she needed to make. 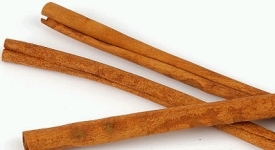 We sat down on her tiny Victorian velvet chairs (which make Sister Alma Rose, who is large, look a bit like a grizzly bear sitting on a toadstool), and Polly Ellen got us cups of hot spiced apple cider with cinnamon sticks, and then she sat down and said, calmly, for Polly Ellen, “I just had an Encounter with God.”

“Yes,” said Polly Ellen, and then her words spilled out like water from a burst pipe. “It started out feeling scratchy, like when you’re cold and someone wraps you in an old green army blanket. My mom used to have one. I don’t know if soldiers sleep under scratchy green blankets any more.

“Then the scratchiness went away and the warmth crept in. Maybe I got used to the feel of rough wool against my skin, or maybe God slipped a soft white flannel sheet under the army blanket. I don’t know how God does these things. It’s best not to fret about it, I think. 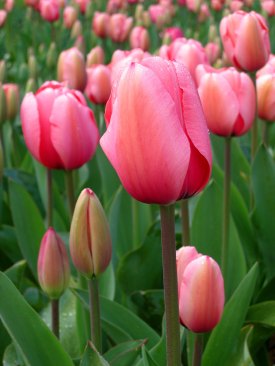 “Before the blanket, I felt raw and empty. I had just finished writing a prayer and making it into a little book with beautiful photographs of the sea, of acres of tulips, of the heart of a lily, of geese silhouetted against a sunrise. While I made my book, my face was hot, with enthusiasm and purpose, not with menopausal side effects, thank you, Jesus. Then the book was finished, and I was pleased with it, as God must have been at the time of Creation, when he finished a bit of the universe. Then the emptiness, because I didn’t know what to do with myself next.

“So the Lord picked me up and held me to his bosom and comforted me, whispering, ‘Just BE, Polly Ellen. Just BE.'”

I couldn’t help it. My shoulders started to shake and it took all my self-control to fend off a giggle attack — not because Polly Ellen had said anything funny, necessarily, although her narrative was highly entertaining, but because I was remembering how, before my growth spurt, Sister Alma Rose would hold me to her bosom when I needed comforting, and it usually worked wonders, because, after about forty-five seconds of being comforted, all I wanted was an Encounter with Air.

“And the Holy Spirit filled me up with love,” Polly Ellen was saying earnestly, “and my heart sang, ‘What can I do for the world today? What verse-flower can I plant? How can I share God’s grace, for it is overflowing in me?’”

At that point it was necessary for me to excuse myself unceremoniously, as if I were answering a particularly vicious Call of Nature. Polly Ellen had begun to sway and, worse yet, to Intone, like some of your cheesier televangelists, and it was just more than I could take after the bosom metaphor. I zipped into the bathroom, turned the faucet on as hard as it would go, and snarfled for a full two minutes before I could compose myself.

Sister Alma Rose never denigrates anybody’s religious practice or expression unless it’s truly harmful or coercive. Polly Ellen’s “verse-flowers” bloom joyously all over the world, and I even got what she said about the scratchy wool blanket. Whatever. As Sister Alma Rose and I walked back up the hill toward home, I could tell that she was amused. 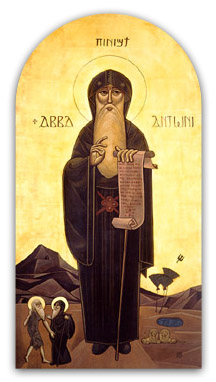 “So, Miss Fanny,” she said companionably, “what did y’all think of our Polly Ellen’s Encounter with God?” I felt like Plato to Sister Alma Rose’s Socrates. I closed my eyes and collected my thoughts.

“It seems to me,” I ventured finally… “it’s like saying you had an Encounter with Air. I mean, encountering God is the rule and not the exception. It’s our default mode. If life is a party, then God is the host, so to speak, and we’re swimming in his pool and eating his canapés and drinking his cocktails and mingling in his rumpus room.”

I usually don’t speak of God anthropomorphically — Sister Alma Rose doesn’t encourage it — and I waited for a mild rebuke. But she just smiled her approval, and we walked in silence for a minute or two.

Then — “And just how often do y’all think about air,” she asked rhetorically, “except when your supply of it is cut off or contaminated? I think that Polly Ellen had an exceptional awareness, like y’all would if a couple of Angels from God strode into your living room.”

“So I’m not allowed to laugh,” I replied, “at the thought of the Lord holding Polly Ellen to his bosom and then setting her down, overflowing, so that she might plant verse-flowers?”

“Only if I’m allowed to laugh at the recollection of y’all, only last year. when y’all wanted to give away y’all’s earthly treasures and become an anchoress and live in a cell outside a medieval church in Flanders and spend all your waking hours, for the rest of y’all’s life, praying.”

“That was just a phase,” I muttered uncomfortably, and then burst out laughing. And Sister Alma Rose and I snarfled the rest of the way home. 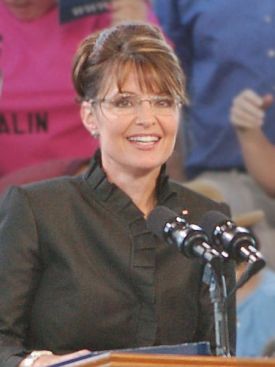 Dear Sister Alma Rose — How come you never talk about current events? Like the presidential campaign, the finance crisis, illegal immigration. the wars in Iraq and Afghanistan. And stuff. Do you vote? —Politically Involved in Pontiac

Dear Politically Involved — Sister Alma Rose spent a few years in Washington, and what she learned is that politicians are children dressing up in power suits and playing games with lethal weapons. She votes for the persons who don’t take themselves too seriously. Failing that, she writes in the name of her son-in-law, Paul, prince of the Real People.

Sister Alma Rose is fascinated by current events — the almost imperceptible change of seasons punctuated by a ferocious blast from the north that strips the trees, and by the onset of chilly mornings, and by the parade of Canada geese in their perfect chevrons, except for the stragglers, who probably have attention-deficit disorder and end up spending their winters in Ohio. 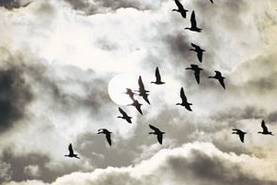 Geese: At least they are going in the right direction

As a Wisewoman once pointed out to Sister Alma Rose: The News is not Life.