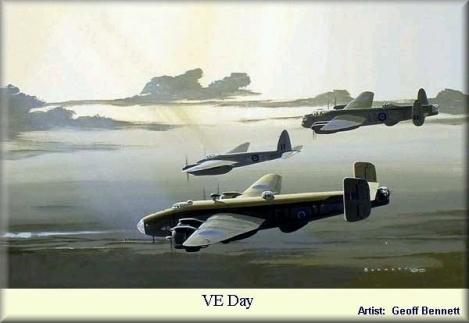 We are the joyous Hitler youth
We do not need any Christian virtue
Our leader is our savior
The Pope and Rabbi shall be gone
We want to be pagans once again….

Omigosh! There have got to be things that little girls should not have to know about.

I get as much education sitting on the grass-green steps of Sister Alma Rose’s grass-green wraparound porch, drinking Mr. Truman LaFollette’s incomparable lemonade, than I get at school. More, probably, because at school we get the sanitized versions of things, whereas, usually, nothing but the truth is told on Sister Alma Rose’s porch, and truth is what I heard when Rabbi Feintech and Sister Alma Rose were talking one afternoon, which was May 8, which was the anniversary of V-E Day — Victory in Europe, the end of World War II in Europe. (Final victory in the Pacific would come a few months later.)

When I was telling Mama and Daddy, at supper, what I learned on Sister Alma Rose’s porch that day from Sister Alma Rose and her friend Rabbi Feintech, they both said that they had studied World War II in high school and in college and had never heard of German dictator Adolph Hitler’s diabolical reasoning for thinking every Jew in the world should be destroyed.

Too bad to be true?

Of course, I had to go to the library the very next day to look up all the things that Rabbi Feintech had told Sister Alma Rose, with me listening on, agape — or do I mean aghast? I was probably aghast AND agape. Anyway, I was hoping that Rabbi Feintech was making it all up, not that I would like to think poorly of Rabbi Feintech, I like him very much, he always remembers my name and treats me like an adult, or at least like a mature young lady, and they knew I was listening and they didn’t make me go away, which I guess is a kind of respect, they obviously thought that I could handle it, and I guess I will have to, just as all adults have learned horrible truths and still manage to brush their teeth and cook oatmeal and make sure their kids are taking their vitamins and argue about what color to paint the bathroom. 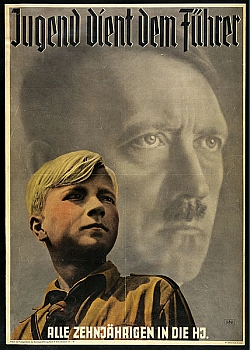 Hearing what Rabbi Feintech said not only about the incredibly brutal killing of six million European Jews but about Hitler’s reason for wanting to kill every Jew in the world… I felt dizzy and nauseated, the way I would have felt if he would have said, “Your parents are alien body-snatchers and they’re going to eat you alive at midnight.”

I’ve never had much of a sense of danger in the world, other than being careful when I cross the highway and not getting in cars with strange men who want to take me to get hot-fudge sundaes, et cetera. But learning that nobody in eastern Europe was safe who was Jewish, not babies, not old people, not big strong men like Daddy, not anyone, and all that they had been doing was living their lives, going about their daily business, working, celebrating, cooking, going to worship — the stuff we all do, except with not-as-nifty appliances and funny-looking cars. And I wondered if I would ever feel safe again.

Let only the strong survive

Okay, I’ve danced around the topic long enough. Here we go. Really. I think I can talk about it now. Whew!

Moses and the Ten Commandments (Rembrandt 1659)

Hitler believed (and he was not alone, and it wasn’t even his idea in the first place) that all Jews must be killed because they had introduced monotheism (belief in one God rather than many) and the Ten Commandments and an ethical system, which was picked up later by the Christians, that emphasized love and compassion and taking care of the poor and the sick.

Hitler had no time for the poor and the sick. Below are Hitler’s own words:

The Ten Commandments have lost their validity…. Conscience is a Jewish invention. It is a blemish like circumcision.

It is right, Hitler believed, for the strong to survive and the weak to die. People should live as the animals in the jungle do. When lions hunt, the weakest among their prey are always the first victims.

I thought of the old people in the nursing home next to the Hilltop Hospital. Dr. Deirdre Barstow’s own mother, Mrs. Marjorie, lives there, and she seems to feel safe. Sometimes Mrs. Marjorie recognizes her daughter and sometimes she smiles a toothless smile and says to Dr. Deirdre, “Are you new here?” And Dr. Deirdre smiles back and sits down to feed her mother soup and pudding with a spoon and says, “No, Mama, we’ve known each other for a long time.”

The government pays for some of Mrs. Marjorie’s care, and it occurred to me that Adolph Hitler, if, God forbid, he were president of the United States, would not authorize funding to take care of helpless, weak old women in nursing homes.

No, Hitler wanted to set up a pagan “master race,” take over the world, and apply the law of the jungle: Only the strong survive.

At the library, I read this very sick and scary statement by Hitler:

If only one country, for whatever reason, tolerates a Jewish family in it, that family will become the germ center for fresh sedition. If one little Jewish boy survives without any Jewish education, with no synagogue and no Hebrew school, it [Judaism] is in his soul. Even if there had never been a synagogue or a Jewish school or an Old Testament, the Jewish spirit would still exist and exert its influence. It has been there from the beginning and there is no Jew, not a single one, who does not personify it. —Hitler’s Apocalypse: Jews and the Nazi Legacy

This, I guess, is why Hitler didn’t feel that he had to kill all the Christians. If he killed the pope, he apparently believed that he would “kill” Christianity, and Christians, in his mind, not having “the Jewish spirit,” could be swayed to his nutso world view.

To be continued: The greatest weapon against the armies of hate

The Empire of Alexander the Great, 4th century BCE; Jerusalem is shown just ENE of Gaza, lower right "corner" of the Mediterranean Sea; via Wikipedia

EVERYONE OF ANY OR NO RELIGION should listen to this free audio — fascinating and compelling, and the single most educational hour of my adult life. Click HERE

INCLUDES THIS, FROM JOHN ADAMS: 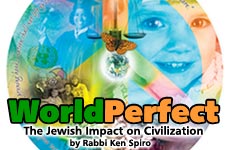 I will insist the Hebrews have [contributed] more to civilize men than any other nation. If I was an atheist and believed in blind eternal fate, I should still believe that fate had ordained the Jews to be the most essential instrument for civilizing the nations … They are the most glorious nation that ever inhabited this Earth. The Romans and their empire were but a bubble in comparison to the Jews. They have given religion to three-quarters of the globe and have influenced the affairs of mankind more and more happily than any other nation, ancient or modern.

…OR buy the book WorldPerfect: The Jewish Impact on Civilization