Sample blogs on a wide range of topics at Alpha Inventions

The Month of Three Milkings

[The celebration of May Day] has ancient origins…. It is a cross-quarter day, meaning that (in the Northern Hemisphere, where it is almost exclusively celebrated) it falls approximately halfway between the spring equinox and summer solstice…. Fading in popularity since the late 20th century is the giving of “May baskets,” small baskets of sweets and/or flowers, usually left anonymously on neighbours’ doorsteps….

The earliest May Day celebrations appeared in pre-Christian Europe, with the festival of Flora (the Roman Goddess of flowers), the Walpurgis Night celebrations of the Germanic countries, [and] the Gaelic Beltane. Many pre-Christian indigenous celebrations were eventually banned or Christianized, [and] more-secular versions of the holiday continued to be observed in… Europe well into the 20th century. In this form, May Day may be best known for its tradition of dancing the Maypole, Morris dancing, and crowning of the Queen of the May. Today various neopagan groups celebrate reconstructed… versions of these customs on 1 May….

Traditional English May Day rites and celebrations [derive] from the pagan Anglo-Saxon customs held during “Þrimilci-mōnaþ” (the Old English name for the month of May, meaning “Month of Three Milkings”)…. It is most associated with towns and villages celebrating springtime fertility and revelry with village fetes and community gatherings. Since May 1st is the Feast of St Philip & St James, they became the patron saints of workers. Seeding has been completed by this date and it was convenient to give farm labourers a day off.

The May Queen or Queen of May is a term which has two distinct but related meanings, as a mythical figure and as a holiday personification.  —Wikipedia

Draw in the beauty of the green leaf
and the lanky rye grass gone to seed,
as you inhale the sky-kissed air
that they have given you to breathe.

This is about gratitude, again. Sister Alma Rose asked me once if I could remember what my most awesome experience of gratitude was. I started to say that it was when I learned that Daddy was not going to die but would recover from the terrible car accident he was in, but then I remembered that Sister Alma Rose sees all, knows all, so I told the truth:  It was when we finally found a gas-station restroom while we were driving across Texas to visit Great-uncle Felix in Albuquerque, and I had had to pee for hours and hours and there wasn’t a tree or a building in sight, and the temperature was, like, 5 degrees below zero, and I thought I would burst, and if a spaceship had landed and the aliens asked me if I would trade my parents for a warm, clean, private place to pee, I would have said, Yes, absolutely, and you can take my brothers too.

An embarrassment of deviled eggs

I barely remember the May Day festival that Sister Alma Rose used to organize and host in her back yard and garden. There was a Maypole, of course, with long pastel ribbons attached at the top, and girls in soft spring dresses would each hold a dangling end of ribbon and sing and dance around the Maypole. Each girl’s dress was the color of her ribbon, and each girl wore a pretty straw hat with a length of that ribbon wrapped around and some flowers tucked in.

I have NO idea what they sang. It might have been an ancient Gaelic May Day song, or it might have been “Twist and Shout,” but I DO remember that they all danced the same dance, and it was not the Twist, and sometimes they all went together toward the pole and then moved back out again and twirled and changed directions and occasionally two girls would collide, if one of them forgot to turn around.

Sister Alma Rose herself sewed dresses for the girls whose families couldn’t afford to buy them, and she always had the girls help each other get “prettied-up” in her lovely pink attic bedroom, braiding each other’s hair or decorating their hats or whatever, and she wouldn’t allow cliques or snobbishness, so every girl always had a wonderful time.

May Day was usually pretty much a mother-and-daughter affair, except for some boy babies and toddlers, and we had a potluck lunch and at least seven women always brought deviled eggs. 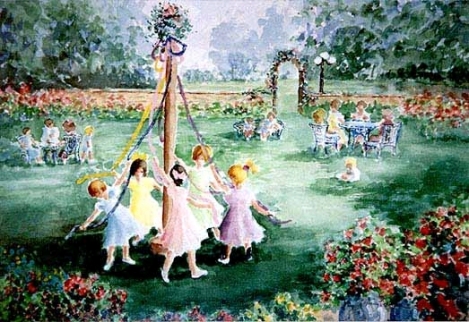 Sister Alma Rose believes in having as many celebrations as possible (she gives thanks to God, formally, seven times per day, and informally in a steady stream of [mostly silent] praise), because otherwise, says Sister Alma Rose, you start to take things for granted, like the change of seasons, like the sun coming up in the morning, like the fact that her chickens produce delicious eggs instead of, say, avocados, which Sister Alma Rose does not care for and expresses no gratitude for. She calls avocados “God’s hiccups.” 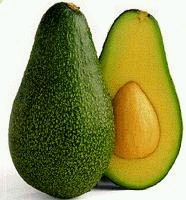 Well, anyway, when something (such as the May Day festival)  is lovely and harmless and fun, you can be sure that somebody will come along and wreck it, and that is exactly what happened when Miss Sylvia Abercrombie, who had spent most of her adult life trying to abolish Halloween, decided that she might have better luck getting rid of the May Day festival, which, like Halloween, according to Miss Sylvia Abercrombie, was a “pagan rite” and therefore “wicked,” as if the May Day revelers were sacrificing virgins or throwing babies into volcanoes. 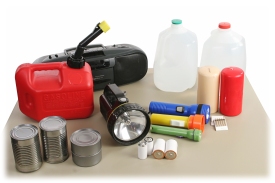 Miss Sylvia Abercrombie is a prune-faced old biddy with purple hair, and everything she wears has to match everything else. If she is wearing her orange polyester pantsuit, she’ll have on an orange “pearl” necklace and orange earrings and orange Sensible Shoes, and she’ll be laboring under the weight of an orange purse, which, like every purse she carries, will be massive and heavy and bulging with what must surely be canned goods and a three-week supply of fresh water, as if she doesn’t want to be caught unprepared should nuclear war break out while she is playing bridge on Tuesday afternoon at the Hilltop Women’s Club.

She was sneaky, Miss Sylvia was. Here’s what she did: The year I was 5 or 6, not yet old enough to be a Maypole dancer but hugely looking forward to it, she preempted Sister Alma Rose’s May Day festival by persuading the Hilltop Women’s Club to sponsor a cotillion. What happened was, the Hilltop Women’s Club invited a “select group” of junior-high-age boys and girls in Hilltop to participate in three “preparatory” lessons in “comportment,” dining etiquette, and ballroom dancing, all under the generalship of Miss Sylvia Abercrombie, and all culminating in the May Day cotillion. 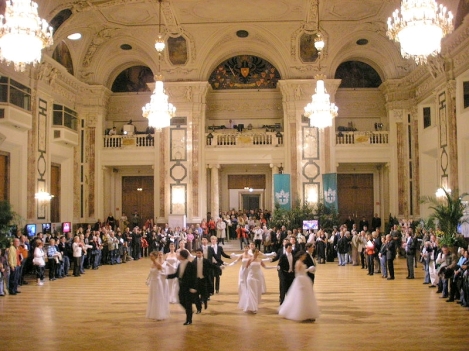 A cotillion in Vienna (photo by Gryffindor, 2008)

The boys and girls were “selected” according to, was their daddy a bank manager (yes = invited) or did he pump gas at the Conoco (yes = not invited). Sister Alma Rose was appalled — not about the idea of a cotillion, which she rather liked, but about it being snooty and being on May Day.

People in Hilltop are basically kind and open-hearted, but there was something about the “distinction” of being “selected” that appealed to the parents. So the mothers and fathers of boys ordered their sons to accept the invitation, and then of course all the girls wanted to go because the boys would be there, plus they (the girls) would get to wear fancy pumps instead of dancing barefoot in the grass.

As it turned out, there weren’t enough girls NOT going to the cotillion for Maypole dancing, so here is what Sister Alma Rose did: She invited every single family in and around Hilltop to a May Day picnic at Hilltop Farm, which, as you know, is Sister Alma Rose’s marvelous home, with its tall white house and the wraparound porch painted grass-green plus a glorious garden and fields of wheat and soybeans. The cotillion families didn’t come, of course, but just about everybody else did, and you have never seen so many deviled eggs in one place in your entire life, but the wonderful thing about Hilltop Farm is that there are woods and pastures where kids can run around and not get hurt, usually, while their parents sit and talk about the weather or their children or the President of the United States, and drink Mr. Truman LaFollette’s incomparable lemonade.

‘Too much time on her hands’

The cotillion project lasted about five years, with a steady dropoff in attendance accompanied by the increasing popularity of Sister Alma Rose’s annual May Day picnic. No matter how hard Miss Sylvia Abercrombie tried to teach comportment, the boys would pretty much ignore her and put their hands in their armpits and simulate fart noises, and a few were bold enough to make ACTUAL fart noises, and the girls all blushed and giggled, and Miss Sylvia Abercrombie would stand in the middle of the room trying to establish some sort of order by shouting at the top of her lungs and clapping her hands, which had absolutely no effect because boys can make fart noises louder than prune-faced old biddies can shout and clap.

Miss Sylvia Abercrombie was complaining, irrelevantly, that among the catastrophes at the most recent cotillion had been an error on the part of the caterer, who had sent homemade bread instead of sandwich rolls (“which I specifically ordered, white and mixed-grain”) to go with the cheese and cold cuts and “crudités.”

“This is a woman,” Pablo whispered in my ear, “who definitely has too much time on her hands.”

Sister Alma Rose, who can hear a whisper fifty feet away in the middle of a NASCAR event, winked at Pablo and me, and then she said, “Sylvia, my hollyhocks aren’t doing at all well this year,” and she stood up and took Mrs. Sylvia Abercrombie, who knows all there is to know about hollyhocks, gently by the arm, and together they walked back to Sister Alma Rose’s garden, where the hollyhocks are as vivid and robust as I’ve ever seen them. 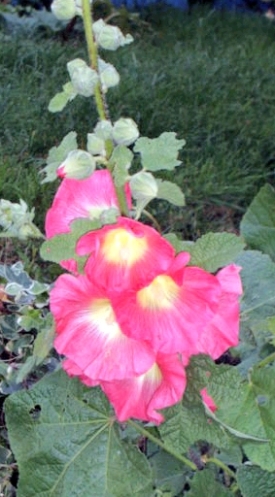 Evidently, while discussing hollyhocks, Sister Alma Rose managed to slip in a gentle lecture about how even the most sacred holidays are saturated with ancient pagan customs, and how that is a GOOD thing because it connects us with our ancestors and our heritage and helps us to remember that there is, always has been, and always will be, one God, one Creator, one “Source” (call Him or Her what you will), with an infinite number of manifestations and attributes.

In any case, when Miss Sylvia Abercrombie strolled back down the hill, she had been made chairman of the food committee for the next May Day festival, a position whose sole assignment, as far as I could see, was to make sure that there would be more fried chicken and not so many deviled eggs. And Sister Alma Rose and I began discussing fabrics for my May Day dress, and I claimed yellow for my color because I was, after all, on the spot, in the right place at the right time. And the annual Hilltop Farm picnic will henceforth be held on Memorial Day.

When I crossed the highway to go home for dinner, I said a quick prayer of gratitude — for Mr. Truman LaFollette and lemonade and Sister Alma Rose — to “Source,” whom I call “God,” and whom you can call “Boysenberry” for all the difference it makes; and I prayed that my world would never become so small that I would have an apopleptic fit if the caterer (should I ever be so blessed as to be able to employ a caterer) made a small mistake about baked goods, thank you, Jesus.