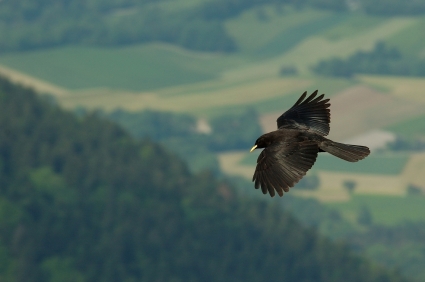 The Battle of the Barbers, conclusion

If you need to refresh your memory, please see “The Battle of the Barbers,” part 1 and part 2.

There is, as you know if you have been paying attention, a large meeting room in the library, and that is where half the town gathered on Sunday after church, it seems like, though there were maybe about two hundred people, really, Daddy says I tend to exaggerate so I am trying to see and describe things more accurately —

… and we were gathered, as you will also recall, to resolve the matter of The Competing Barbers: Henry Hunter, who had set up The Other Barber Shop across the street from the barber shop of his father, Bill the Barber, whom I previously reported as being 150 years old, but I will amend that age estimate, in the interest of accuracy, and, having asked Mrs. Bill, I am forced to report that he is only a little more than half that age, 78, to be precise, though he looks much older, as I tactlessly exclaimed to Mrs. Bill…

Henry Hunter with a customer

… but she sweetly ignored my rudeness and told me that a combination of arthritis, workaholicism, lack of exercise, and a tendency to raid, several times a day, the soda and candy-bar machines he has in his barber shop, have all made him age prematurely, but she is sanguine — a word I learned recently, which means “optimistic and cheerful” — that if she can just get him to their villa on Corfu, all those problems will be solved in one fell swoop — a phrase that originated, we think, with Shakespeare, and that refers to the “fell” (savage, cruel; same root as felon) descent of a hunting bird.

The Revelation at the
Hilltop Library

Synopsis of previous episodes: [Mr. Bill was getting on in years and in any case, no matter what the customer asked for, Mr. Bill always gave him a crew cut.] So as soon as Henry Hunter’s barber shop opened, the customers came in droves, apparently believing, though they would soon discover that they were sadly mistaken, that Mr. Bill wouldn’t mind if his old customers didn’t patronize his shop as long as they were taking their unruly hair to be cut by Henry Hunter. This was doubly unfortunate in that Henry Hunter’s barber shop is right across the street from Mr. Bill’s. It is also a very delicate situation, this rivalry, I mean, because Henry Hunter is Mr. Bill’s only son.

Sister Alma Rose has heard about the entire misbegotten affair from Mrs. Bill, who is very worried about her husband because his heart is “hinky” and she’s afraid he will have a heart attack one of these days, that’s how angry he gets at Henry Hunter, his face turns about as red as Mrs. Bertie’s unbecoming lipstick. And of course she’s concerned about her son. She wonders whether Bill’s vicious campaign might actually drive Henry out of business. Secretly, Mrs. Bill wants Mr. Bill to retire so that they can go live in their villa on Corfu. Who knew?…

Several employers have asked the mayor to Do Something, because none of their employees is getting any work done, they are having noisy partisan arguments about Henry Hunter vs. Mr. Bill instead. Mayor Atticus Hines, unable to cool things off through his official status, has appealed to a higher authority: He has asked Sister Alma Rose to restore peace and quiet to Hilltop, one way or another.

Residents of Hilltop are nothing if not creatures of habit, and two of the strongest traditions are Sunday Dinner and Sunday Afternoon Football on Television, and Mr. Bill is the biggest Football on Television fan of them all, which is one of the reasons that Mrs. Bill is so desperate to get him to Corfu — not that Mrs. Bill doesn’t like professional football, in fact she adores football, she grew up in Wisconsin and she is a Cheesehead, big time, but watching football is just another sedentary thing that Mr. Bill does that makes Mrs. Bill fret. Mr. Bill eats his big Sunday dinner, then he sits down to watch the game, and then he takes a nap, and after that it’s nearly bedtime, but first — a snack! Probably another helping of dessert. (Mrs. Bill, to her credit, has tried Not Making Dessert, but if she doesn’t, then Mr. Bill goes to the corner store and buys one of those heavy, lard-laden fruit pies.)

Sister Alma Rose did not just fall off the turnip truck, and so it was no accident that she scheduled this meeting for 1 p.m. on Sunday, because another Hilltop Tradition is that everybody goes to church, Sister Alma Rose’s strategy being that everyone is already Out and About.

So there we all were, the assembled semi-multitude, and of course the mayor had to reiterate what everybody already knew, to wit, why we were there and who the perpetrators were, et cetera, ad infinitum, and after the mayor’s fifteen-minute speech, Sister Alma Rose stepped up onto the podium, looked pointedly at Mr. Bill and his son, Henry Hunter, and then she said in her y’all-better-mind-me-or-else voice,

“Will y’all please join me in silent prayer? Let us pray.”

Now, there is an unwritten, unofficial time limit for silent prayer, after which feet start to shuffle and coughs become more frequent and people even whisper audibly to one another, and as the silent-prayer time in that library stretched from ten to fifteen to twenty minutes, which was my own personal time limit, I looked around the room and I could see that some folks were genuinely absorbed in silent prayer but others were looking anxiously at their wristwatches (or, in a few cases, pocket watches) or toward the rest rooms, and the sound of stomachs grumbling was audible, and I looked up at Sister Alma Rose, her large, brown hands folded tidily upon the lectern, and I could see that she was either oblivious or pretending to be oblivious to the restlessness in the room.

The silence, or the approximation thereof, crept on, and a few people had actually slipped out of the room — you could hear cars starting in the parking lot — until 1:45, and there was mutiny in the ambience, until Mrs. Bill cleared her throat, rather loudly, for Mrs. Bill, and heads shot up all over the room, as if there were a giant puppeteer up in the rafters yanking on strings, and the room was suddenly more nearly completely silent than it had ever been during “silent prayer.”

“Bill,” said Mrs. Bill in a low, clear voice — and here she looked apologetically at Henry Hunter — “it was I who set Henry up in  his barber shop.”

There was, of course, the collective gasp, and it occurred to me that the Packers were playing that afternoon and that the kickoff was at 2:00, which explained why Mrs. Bill had been among the most restless individuals in the room.

Henry Hunter looked down at the table and Mr. Bill, along with everyone else in the room, gaped at Mrs. Bill, who was searching among the spectators for Dr. Deirdre Barstow, who stood quickly, apparently in order to get Mrs. Bill off the hook, if only for a moment.

“Mr. Bill,” said Dr. Deirdre Barstow, “I don’t think I’m violating any privacy laws by saying that I have suggested many times to you that it is time for you to retire, because you are ruining your health, and I don’t understand why you have been holding on to that villa in Corfu unless you intend to be an invalid by the time you get there. The sunshine will be salutary for your arthritis,” she went on, “and the Mediterranean diet for your heart, and you can stop working yourself to death and start sailing and hiking and all the other things you used to enjoy before you became a workaholic barber.

“It’s time for Henry to take over, Mr. Bill,” Dr. Deirdre Barstow concluded. “I didn’t suggest this particular strategy to your wife, of setting Henry up across the street, I mean, and creating this rift between the two of you, but I do know that both Mrs. Bill and Henry had your best interest at heart.”

And so it was that Henry Hunter moved into the house of Mr. and Mrs. Bill, who spent most of the year at their villa in Corfu, and on their visits home Mr. Bill looked tan and sleek and hardy while Mrs. Bill looked as if she had spent most of the winter trying to find a way to view Green Bay Packers football games, and it is rumored that Henry Hunter mailed her videotapes of the games, but as to that, I could not say for sure. As for Henry himself, he retained “The Other Barber Shop” and by the grace of God found a very able barber by the name of Bill, and leased Bill’s old barber shop to the new Bill.

“Do y’all see, Miss Fanny?” Sister Alma Rose said to me as we walked up the hill to Sister Alma Rose’s farmhouse after the meeting at the library. “God is good, and prayer works wonders.”

The Greek island of Strongili